In these days when amplifiers (and pre-amplifiers) often have line-only inputs, there are several ways of dealing with a phono cartridge, and indeed several types of phono cartridge. Ignoring specialist devices like strain gauge and optical types, the vast majority of cartridges use magnetism to convert the mechanical groove energy into an electrical signal.

One characteristic of these magnetic devices is a lack of LF and excess of HF output, so they require something called RIAA equalisation in order to deliver a ‘flat’ response. There is also a substantial – usually around 20dB – difference in gain between ‘high’ (typically moving magnet) and ‘low’ (normally moving-coil) output levels. 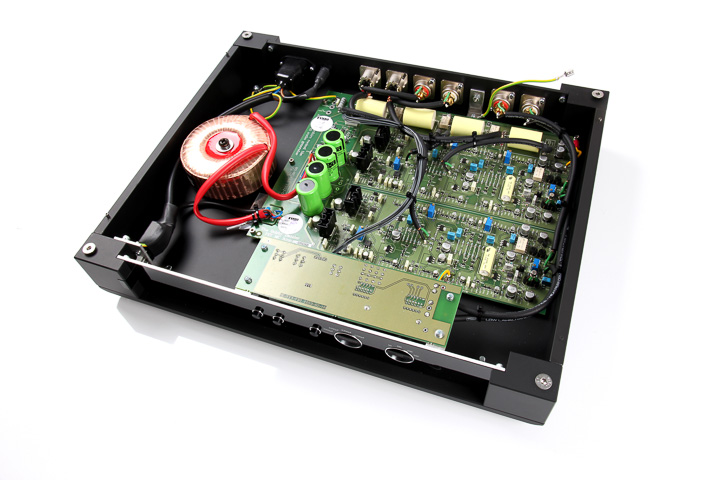 Nowadays most amplifier manufacturers have moving-magnet style phono stages in their portfolios, to be used alongside a line-level integrated amp or pre-amp; some also have a built-in moving-coil option that boosts the output by around 20dB. That said, Rega regards high- and low-output cartridges as having separate and distinct amplification requirements, which explains the absence of what could be a ‘legacy’ MM input in the Aura.

Although the RIAA equalisation is invariably handled electronically; the boost part may be electronic, but the alternative of a transformer can vary dramatically in size and cost. The predecessor of Rega’s Aura, the £4,000 Ios, uses a couple of small trsnsformers to boost moving-coil cartridges; at the other end of the scale, Audio Note’s large and heavy S9 booster transformer costs nearly £20,000 – several times the price of an Ios!

However, the Rega Aura phono stage is entirely electronic, and is only suitable for low-output (moving-coil) cartridges. It has three symmetrical stages, and unlike its Ios predecessor, uses FETs (field effect transistors) in place of step-up transformers. One bonus of using FETs is that it avoids any bias current flowing within, or indeed any coupling components between the FETs and the cartridge. Careful matching between channels is undertaken, along with the gain needed to handle the passive (upper) part of the RIAA equalisation. The second stage is a Class A differential design and deals with the RIAA boost at low frequencies, while a similar third stage reverses the phase for the balanced outputs.

I first had the opportunity to try a prototype of the Aura when Roy Gandy and Phil Freeman visited around eighteen months ago, primarily to install a Naiad turntable. I was happy enough to use it on the day, as it was clearly superior to the Ios or Naim’s SuperLine/555PS(DR), which were my normal step-up/EQ devices, and was slightly miffed when they took it away at the end of the day. (Much mollified by the Naiad doing its thing against the wall!)

I’ve simply put myself on ‘hold’ since then, even though it has taken rather longer to get into production and to myself than the ‘few months’ originally promised. One reason for the extended delay in trying out and reviewing the Aura is that demand for the device has apparently caught Rega by surprise, involving a tenfold increase in sales over its predecessor. Indeed, extra staff have had to be diverted in order to meet this unexpected demand.

The costliest of several phono stages in the Rega product portfolio, which includes three Fonos (including one for low output cartridges) plus an Aria, this Aura has an almost £4,000 pricetag (the same as its Ios predecessor). This figure may seem high by Rega standards, but should be viewed in context. The Aura – like the Ios before it – is designed to sit with the brand’s top Isis CD player and Osiris integrated amplifier (itself more than £13,000 worth of electronics proposition), and is a worthwhile foil to Rega’s £3,000 flagship Aphelion cartridge, probably sitting below the tonearm of a Planar 8 or RP10 turntable. More importantly, in outright sonic terms, the Aura more than justifies its price.

There are also plenty of much more costly alternatives: although the Audio Note S9 transformer certainly delivers outstanding sound quality, its c£20.000 pricetag does seem rather excessive, especially as such a device only boosts the signal, so an additional equalisation stage will also be needed.

I carried out a number of listening tests, both informal and formal. The former were simply thoroughly entertaining, as I played my way through a number of favourite discs. All the tests used a Rega Naiad turntable (the one with the zirconium main bearing) and a Rega Aphelion cartridge (that’s the one with the boron cantilever).

The formal listening compared the Rega Aura with an Audio Note S9 transformer feeding a Pure Sound P10 phono stage. Although the difference wasn’t all that obvious, the costlier S9/P10 combination did have a clear advantage (using Naim amplification), as it showed up the difference between the original and a reissue of Bob Dylan’s Freewheelin’ album [Columbia], which had seemed virtually identical when using the solid-state Aura.

Rather more relevant were comparisons between Ios and Aura, and those between Aura and the Naim SuperLine with SuperCap DR. The most obvious comparison is the former, as both have the same price, and there’s no doubt that the Aura is much better, as it sounds significantly more coherent and has altogether superior dynamic expression. FETs are an obvious improvement over small transformers! 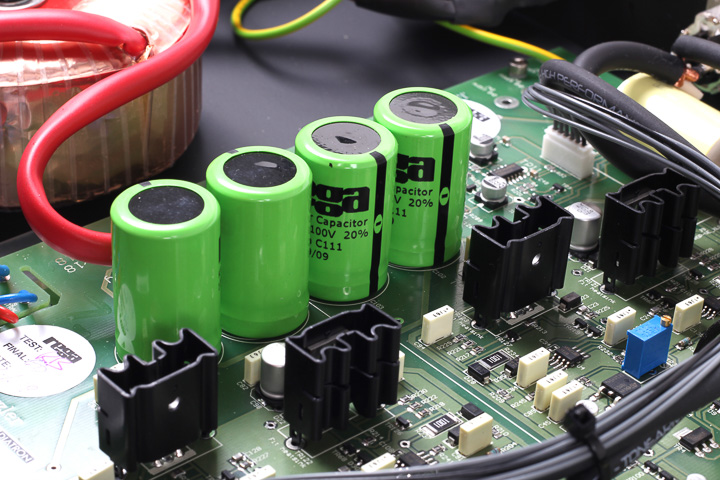 The Naim combo sounds rather better than the Ios and provides serious competition for the Aura, beating it but only by a relatively small margin. The two have much in common, sounding very similar tonally but with a slightly superior dynamic tension and drama in favour of the Naim combo. However, by the time a high class SuperCap DR power supply is added to the basic cost of a SuperLine phono stage, it also costs nearly twice the price of the Aura, so it’s clearly less good from a value for money point of view.

Back to the informal, Lowell George’s solo album has become a firm listening test favourite, partly because of the excellent vocal; partly due to the fine musicianship; and partly down to the considerable variety of the material involved. Aura did a fine job on all three strengths of this excellent album.

The Who’s Live at Leeds [Decca] has long been a favourite single live album of mine, so I was well chuffed when my son bought me a 3-disc version for my birthday (especially as I wasn’t even aware it existed; such is life). I might not have been particularly impressed by the Tommy sides, but was very taken by the various tracks from the earlier A Quick Onealbum. By the end of the set I was left wondering why it had been just a single album when it first came out, as plenty of doubles were around at the time.

I also spent a little time playing Stephen Fearing’s The Secret of Climbing – a very fine Rega-made recording and release of a rather good singer/songwriter. Once again the Aura did a fine job of a quite delightful recording, which was actually made using a restored Studer analogue recorder in Roy Gandy’s capacious lounge. (A major strength of this album is that it’s effectively a case study of the superiority of analogue over digital techniques!)

On balance the Aura did a fine job of whatever disc I was playing, and although Naim’s SuperLine/Supercap does have a slight performance edge, the difference is (in my opinion) rather smaller than the price differential.

The Aura seems to make very good sense in delivering an essentially good value package alongside a comparably priced low-output moving-coil cartridge. One could spend more but in context the Aura does seem to vindicate the dramatic boost in sales that Rega is currently enjoying for the Aura compared with its Ios predecessor. 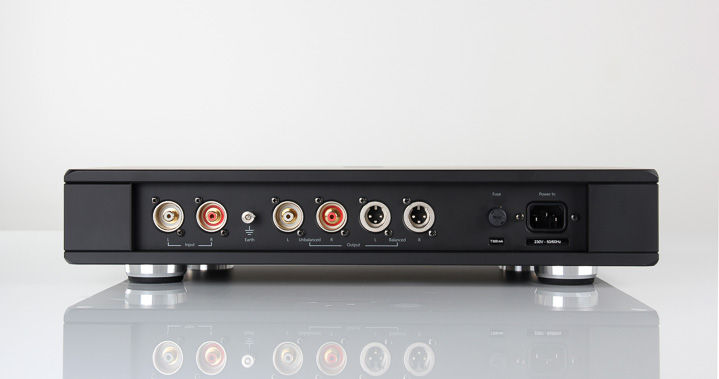 That it sounds significantly better than the Ios is both undeniable and incontrovertible. There may be plenty of significantly more expensive step-up-plus-EQ devices than an Aura, but this low-output phono stage simply makes good cost-effective sense against the current cost of moving-coil cartridges. I’m therefore not surprised that I had to wait for eighteen months to get my mitts on a sample, or that Rega is finding demand outstripping its ability to supply!