LA Audio Show – AS Round Up

With AXPONA, Munich High End, and the Los Angeles Audio Show falling within six weeks of one another, it’s a pointless task asking, “What’s New?” at the last of the three events. There were a few products having their first US outing having been launched around 10 days earlier in Germany, and a handful of products that appeared in LA first due to geography, but this was more a ‘What’s Best’ rather than a ‘What’s New’ event.

A new show in a new venue is always something of a challenge. Exhibitors are not used to the acoustic of the new rooms, the show-goers might prove reluctant to travel to the new venue, and many will choose to play a watching brief, waiting out for the first couple of years to see how the show evolves. The LA Audio show had all the potential to succeed as it had extensive marketing, a good spread of exhibitors, and – being so close to LAX, it was easily accessible both to LA residents and those flying in to visit the show. Pre sales of tickets looked promising, too, and there were times when the show was busy, but during most of the event, footfall was low.

The layout of the Sheraton Skyline hotel in LAX also meant those in the larger conference rooms of the lower levels suffered different sonic problems to those in the hotel rooms of the upper floors. The conference rooms were larger, making them potentially ideal for bigger systems, but the combination of thin walls, irregularly shaped rooms, and large beams across the ceilings of the rooms restricted both volume levels and bass output. One company suggested that they had to play music at 20dB lower than usual to tame the bass and room gain problems. While ‘quieter’ is a good thing for an audio show (often, it becomes a game of ‘who can play loudest’), ‘too quiet’ can make systems appear undynamic. Meanwhile, the upper floors were largely struggling with smaller rooms that limited stereo imaging and overall coherence. The upper floors, however, had more rooms that sounded good overall.

Two worrying trends at this show were the return of Really Bad Audiophile Music and the rise of the Insular Demonstration. My dosimeter registered at over 6.5 Kralls per hour – anything more than eight is a lethal dose – and the show exhibited high levels of ‘Keith Don’t Go’ particulates and dangerous amounts of Eagles Unplugged, well-recorded dinner jazz, and approved classical works (Danse Macabre, Pictures at an Exhibition, etc). Also, I was concerned by the rise of the Gollum’s Cave approach to audio demonstration – eye contact never returned, no literature, no discussion of what’s being demonstrated and a ‘he covets the precious things in the room’ look when asked about the equipment. We are supposed to be working together to build new audiences, but both of these elements seem to push away all but the most hardened of audiophiles.

So, I’ve focused on a personal baker’s dozen of the best sounding and best presented rooms at the show, in order of when I saw them: 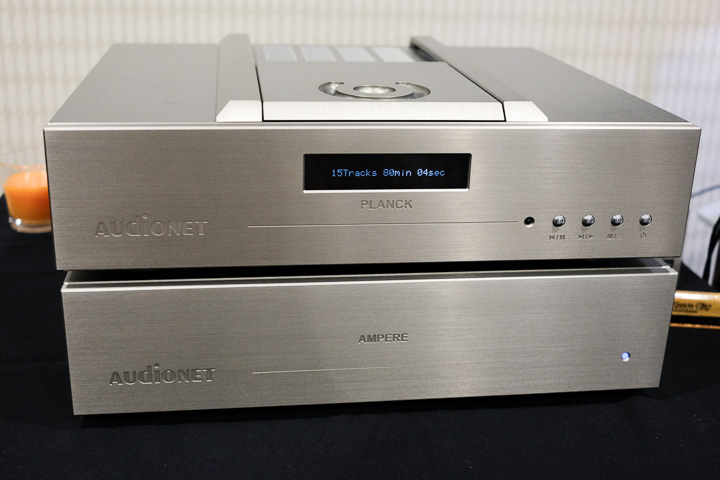 Audionet’s final statement Planck CD player and Ampere power supply are the company’s flagship, first seen last year. The Planck represents a ‘quantum leap’ in disc-player technology. Which proves Germans can make bad puns, too! This was playing in the YG Acoustics room, which also featured one of the fixtures of this show – the Kronos turntable. 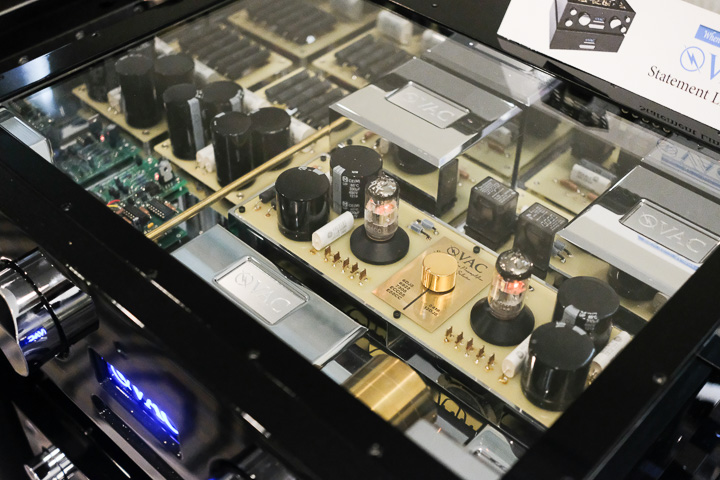 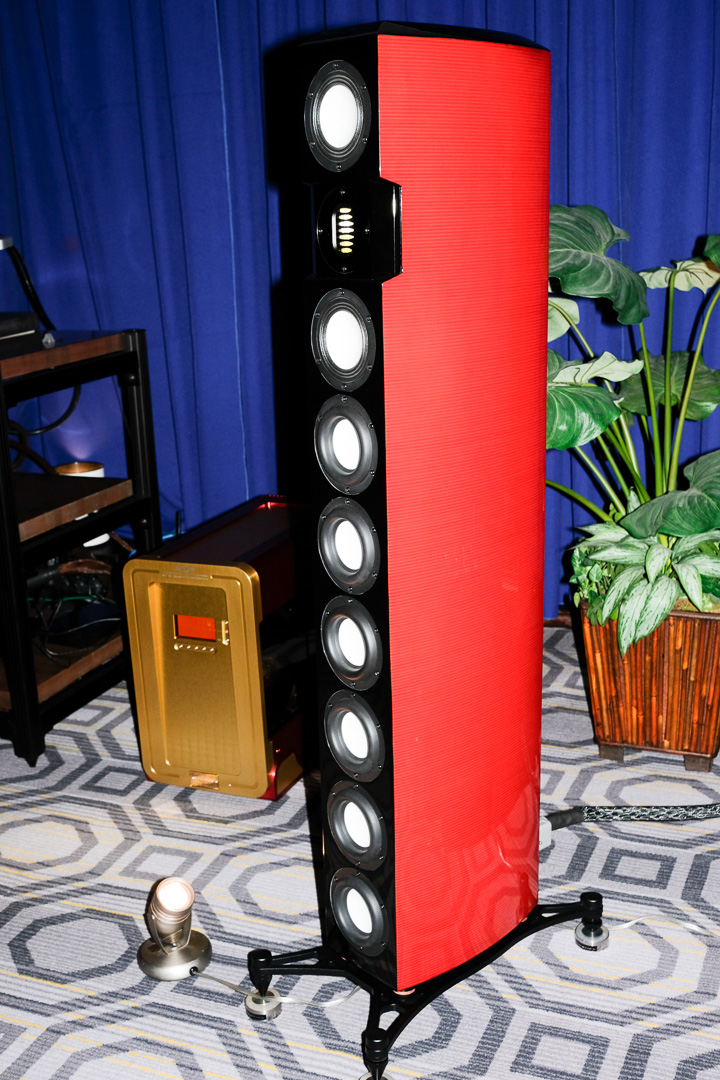 Evolution Acoustics was showing a late prototype of its Maestoso loudspeaker, notable for having a crossover network independent of the loudspeaker and larger than most power amplifiers thanks to multi-layer boards. It was playing through DarTZeel amplification. 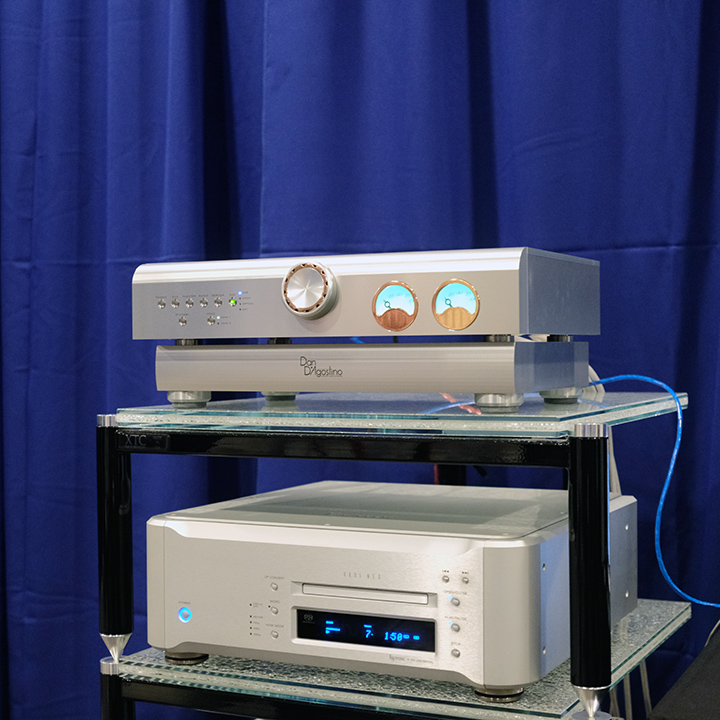 We’d only seen D’Agostino’s prototype to the Progression preamplifier about 10 days before at Munich. This time, we got to hear it in the flesh, playing an Esoteric front end, out to the matching power amplifiers into a pair of Focal Utopia floorstanders in a room run by The Source. This had excellent potential and dialled out the room for once! 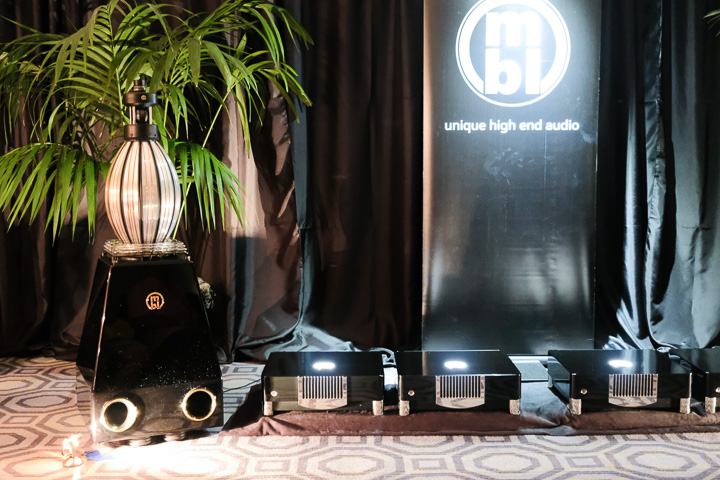 MBL’s demonstrations are always impressive, but this one was truly captivating. The system set-up was virtually identical to the one used in AXPONA, running both digital source and open reel. Wonderful stuff! 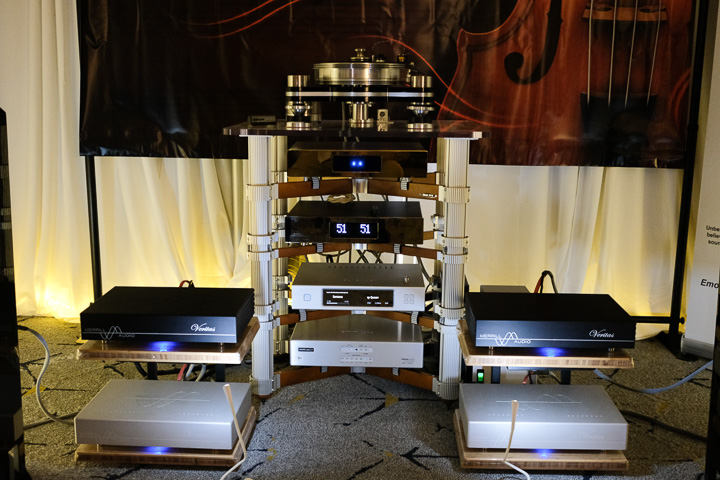 With a VPI Avenger, playing with a prototype 12″ 3D Printed ‘FatBoy’ JMW arm and a Lyra cartridge, all playing into German Physiks Borderline loudspeakers, the Merrill Audio amplification breathed an impressive sense of life and dynamic range extension into the room. 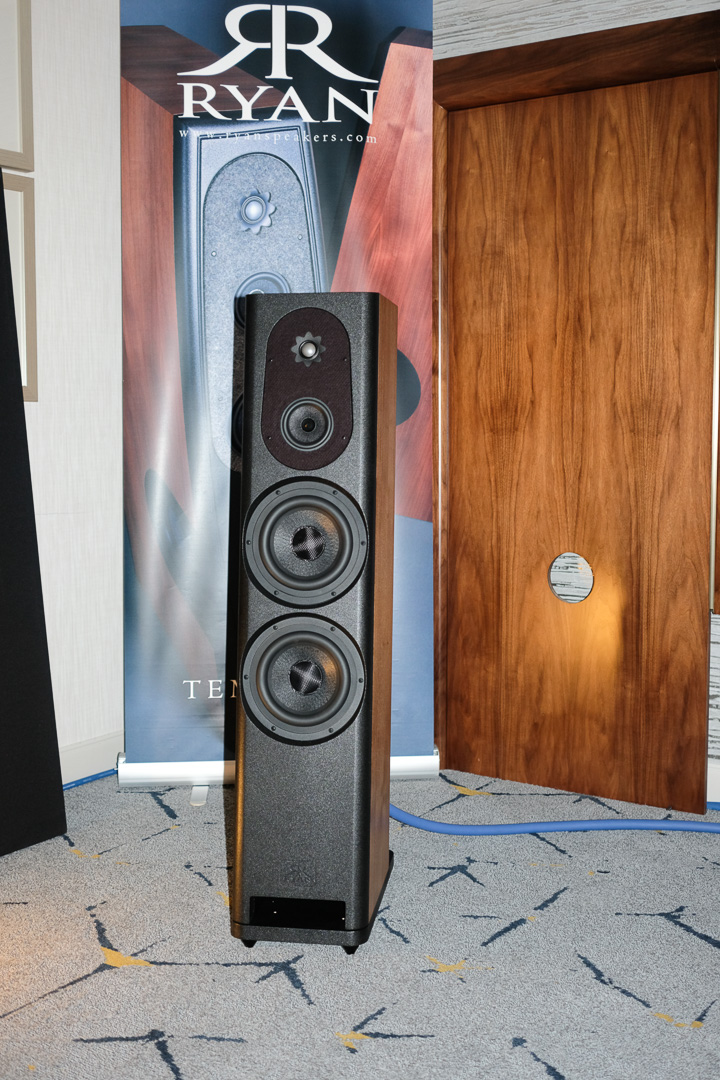 Not all of the best sounding rooms used punishingly expensive equipment. Several rooms featured speakers made by the Ryan brothers, Trevor and Todd. The new three-way, four driver $8,000 S840 looks to channel at least some of Ryan Speakers’ Tempus III flagship. The outstanding $2,000 R620 was singing sweetly in the AURALiC room, too. 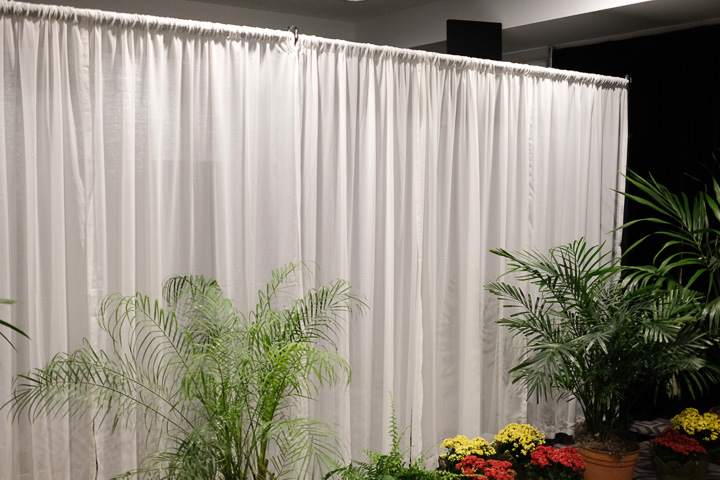 Magnepan wasn’t doing much in the way of ‘normal’ demonstrations. The purpose of these sessions was to play with what we consider possible from a panel loudspeaker (or indeed any loudspeaker). Which meant you spent a few minutes sitting and listening to a curtain. Behind the curtain were a pair of stacked MMG loudspeakers (sitting in an utilitarian frame of angle iron, which you can just see poking out above the curtain) and a centre-fill loudspeaker. An interesting experiment! 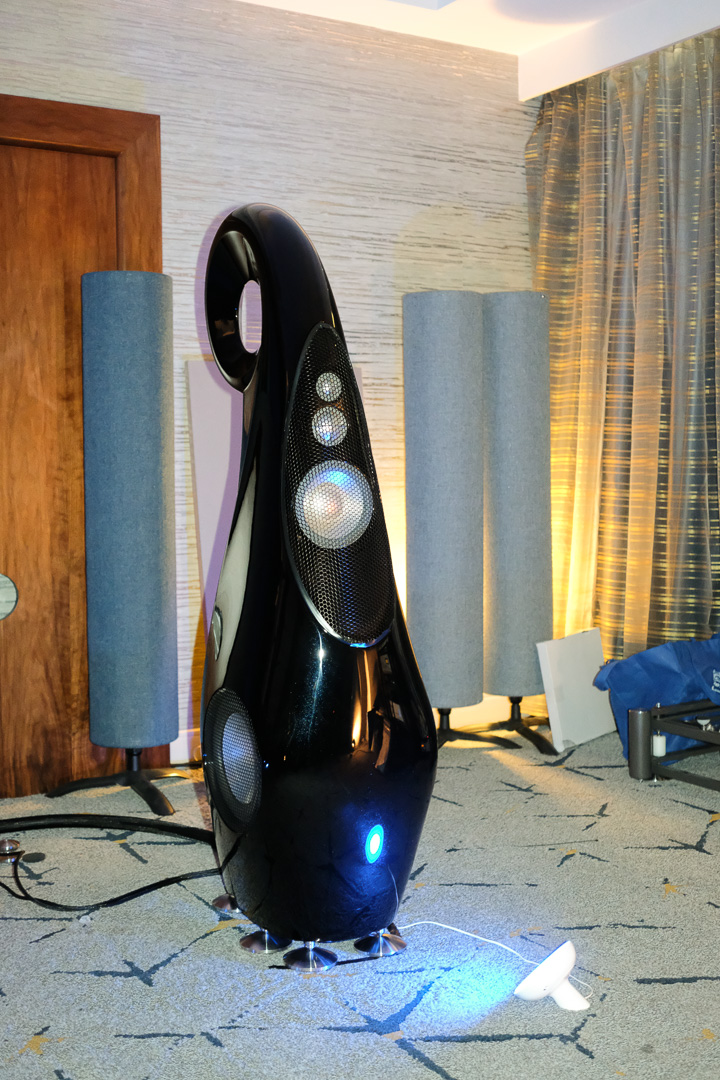 Distributor Philip O’Hanlon of On A Higher Note was demonstrating Vivid Giya G2 loudspeakers with his usual aplomb, using a fine selection of records. There were amplifiers used, but no one seems to be able to recall precisely what brand of amplifiers! His demonstrations are always worth a visit! 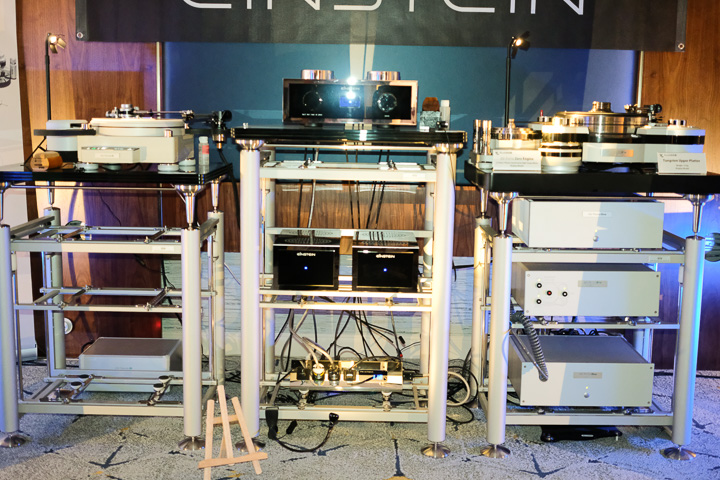 One of the surprise last day sounds for me was the Einstein room. Einstein always makes a good sound, but I’d been told it was a ‘must see’ by several people. The other ‘must see’ rooms were disappointing, but Einstein, with TechDAS/Graham front-ends was truly mesmerising. Arguably the star of the show. 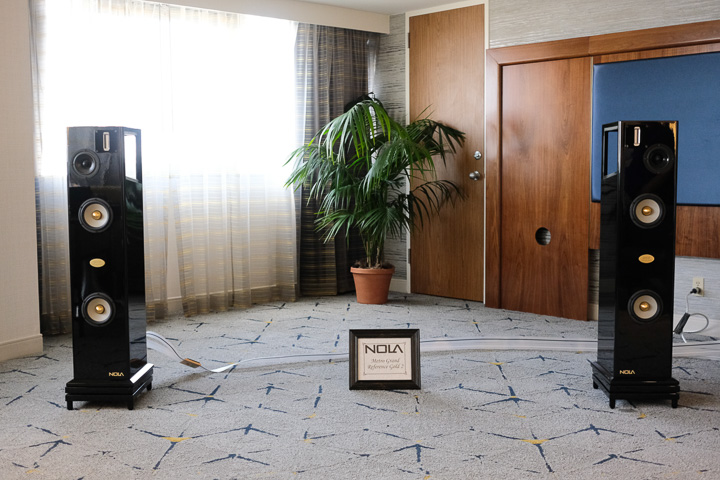 Nola Speakers was one of the few brands showing something actually new, in the shape of the $40,000 Metro Grand Reference Gold 2 loudspeaker. The main changes are an upgraded ribbon tweeter and mid-bass drivers, revised components in the crossover and more Nordost wiring internally. It also features a double platform ball-bearing isolation base. It’s still the ultimate Nola for the apartment dweller! 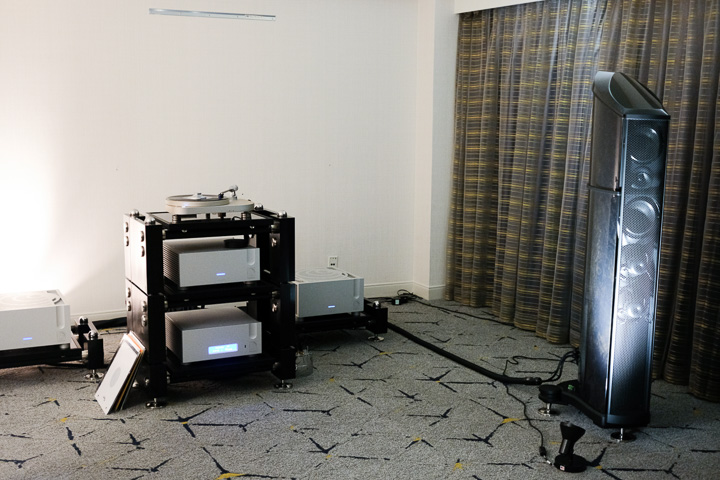 As in Munich, the $69,500 Wilson Benesch Resolution was playing sweetly through Ypsilon electronics, a Thales turntable with Ikeda cartridge and huge Stage III boa-constrictor sized cables. The room sounded good enough to pick up awards, and deservedly so. 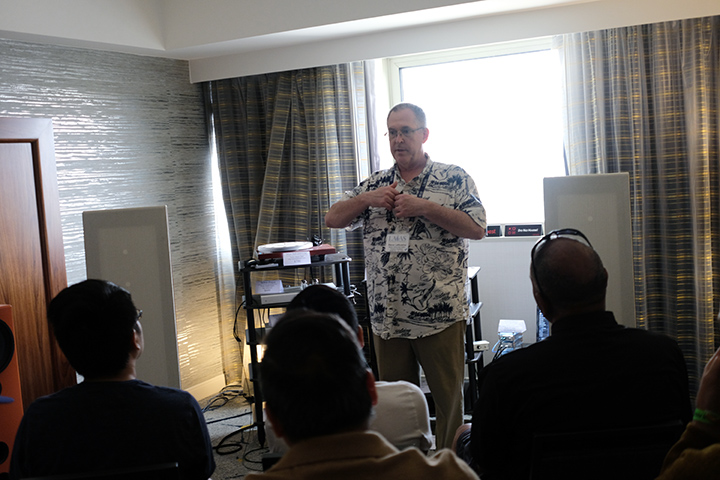 Few rooms at the show were consistently packed. Steve Lefkowicz’ room was the exception. Steve amassed a collection of low cost audio components, which he was putting together in systems, using years of experience working with Positive Feedback. We need more of this!

There will also be a round-up by Chris Martens following presently.

Munich High-End 2017: Final Thoughts and Product of the Show!

Moon by Simaudio 230HAD headphone amplifier