Are you feeling musically emasculated, the result of a bass driver that’s barely bigger than a self-respecting midrange unit? Are you suffering musical malnutrition due to a lack of meat in your diet? Is your bottom – how can I put this – less than FAT? Well, I have a solution to your problem – and the word is “gerbil”: I mean JBL!

For audiophiles of a certain age, JBL is an evocative brand, inseparable from images of guitar amps and PA stacks, large domestic speaker systems, and even larger studio monitors: big boxes with even bigger drivers – but what drivers. Massive cast baskets, big magnets, and edge-wound voice coils: everything about JBL bass units smacked of power. But there’s more to JBL than just big, pulp cones; the company produced a series of legendary horn-loaded compression drivers. Decades later, they form the core of “special project” loudspeakers that have garnered serious respect, with reviewers and audiophiles alike, drooling over the Everest and K2 hybrid horn systems, massive and massively expensive product that feature huge boxes, big bass drivers, and characteristic bi-radial horn-loaded mid and treble units. What far fewer people realize is that those mighty, flagship products have spawned a pair of more affordable but conceptually similar siblings with suitably evocative names. Matterhorn and Machu Pichu perhaps? Sadly not. Instead meet the S4700 and S3900…

The S4700 really is a cut down K2, replacing the flagship’s magnesium drivers and complex cabinetry with titanium diaphragms in a one-piece moulded composite mid and high-frequency horn array, mounted atop a far simpler and slightly smaller cabinet that delivers almost identical numbers. But what we have here is the ‘baby’ S3900, that takes another step down in size, uses the mid/treble array from the S4700 but substitutes a pair of 250mm bass units in place of the single 380mm drivers employed by the bigger speakers. Somewhere along the audiophile evolutionary path, our DNA got a kink in it such that the almost knee-jerk response to horn drivers is to reach for the nearest flea powered amplifier. In this case, that would be a mistake – electrically and artistically. The S3900, at almost exactly one metre tall with a third of a metre square footprint, is surprisingly compact. It also goes pretty low, with a rear facing port the size of a cannon, a -6dB point at 33Hz and a system sensitivity of 92dB gives indication that the design has bought bandwidth with efficiency. This speaker isn’t about getting away with a 10 Watt amplifier. That bottom-end is going to need control and that means current – which translates into a load-tolerant output stage backed up by a man-sized power supply. It also translates into a speaker that won’t just go, but positively enjoys going loud AND proud. I used the S3900 with both the Levinson 585, 200 W/Ch integrated amp and the 55 W/Ch TEAD Linear B Class A tube amps, pretty much book-ending the power options. After playing the S3900s I certainly wouldn’t recommend less power than the Linear B monos provide, or you’ll risk missing the whole point of these speakers.

Handling the S3900s proved surprisingly easy, with manageable dimensions and mass, despite the extraordinary proportion of driver area to box. Suggested placement is firing pretty-much straight ahead, which worked well. What didn’t work so well were the spikes. With this much bottom end, bass drivers that work up to 850Hz, a hybrid topology and the vertical dispersion demands of the horn drivers, getting really well integrated sound is going to require considerable attention to siting. Both height off the floor and rake angle proved critical – which is where the spikes come in. The S3900 is supplied with shallow cones with short threaded posts of massive diameter and course pitch. Not only are they physically difficult to adjust but you can’t lock them, while using a non-standard thread means you can’t easily replace them with anything better. Likewise, use spades and the bi-wire binding posts are inaccessible and hard to tighten. The good news is that for end users these are the only “could do betters” on the S3900 report card – and they’re a one-time thing, so persevere – it’s worth it. You even get a pair of neat grilles to cover the bass drivers. Using them does reduce the Pro look of the speakers, but then I guess that’s the point. 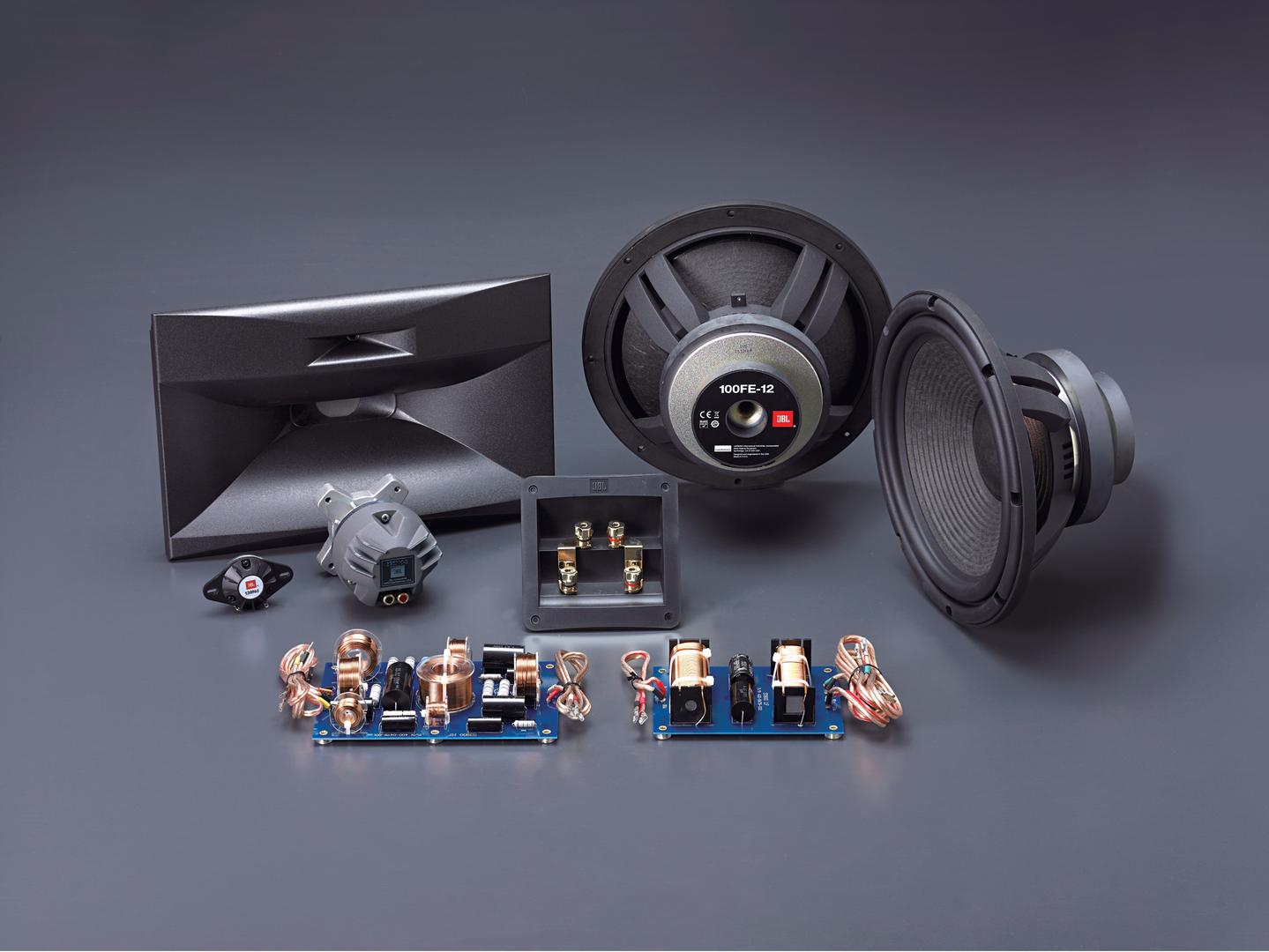 Once you get these JBLs singing, you can begin to appreciate just why the flagship speakers are held in such high regard. What also quickly becomes apparent is that these are genuine JBLs, their DNA undiluted by the cost-saving diet they’ve endured. These are not as beautifully finished or quite as musically effortless as the K2s, but they are every bit as communicative, engaging, and – above all – musically satisfying as their bigger brothers. With a remarkably easy sense of scale and dynamic headroom, the S3900s go big and loud without strain or glare, and in true JBL tradition, they do it with a relaxed grace that doesn’t just encourage you to listen loud, but to listen long as well. I’m not sure if it was subliminal auto-suggestion or a natural, cultural affinity, but no sooner did I have the S3900s dialled in than I started reaching for the West Coast rock. Early Eagles and a bit of Poco gave way to Janice and Joni, every iteration of Neil Young, a brief side foray into the Tubes before coming back to (of all things) Tusk. That’s the thing about JBLs, they’ll have you reaching for the most unlikely material – and then thoroughly enjoying it. I don’t even LIKE Joni Mitchell – but I certainly enjoyed The Hissing Of Summer Lawns that night!

It would be easy to dismiss these speakers as meaty, beaty, big, and bouncy – and they certainly are all of those things. But they are a lot more besides. While they respond as expected to the incisive gusto of Giuliano Carmignola and Amandine Beyer’s leadership and the playing of Gli Incogniti in a recent recording of Vivaldi Concerti for two violins, the spell-binding musical conversation and exposition in the adagio of RV529 has a “stop you in your tracks” fragility and beauty. Anybody who found the recent Isserlis reading of the Elgar Cello concerto long on subtlety but short on instrumental body should hear it through the S3900s: There’s no mistaking Isserlis for Du Pré, but the sinuous length of his lines takes on a new purpose and presence, the Philharmonia solid and tangible right behind him (musically and physically), underpinned by the JBLs’ comfortable bottom end.

That bass is what makes this a JBL: not just how much there is, but its voicing. Those used to the anaemic low-frequency response that passes for “accuracy” in so many modern speakers – often those with a lot of small drivers – will find the S3900s’ lower register fulsome, even heavy. But what it isn’t is flabby. That’s where care in set-up and placement is so crucial. Get either wrong and you could be listening to a detached, overblown mess – which just means that you haven’t tried hard enough. Listen to the vigour and attack in Isserlis’s bowing and it’s pretty apparent that the bottom-end isn’t holding back – or holding back the rest of the range. That ability to be big and spatially coherent, yet still keep pace and time is the key that underpins everything that these speakers do so well. For sheer musical enthusiasm, presence, and explosive power they have few equals at the price. In terms of resolution and absolute intimacy, you might not hear the spit hitting the microphone, but you can’t miss the sweat on the singer’s face. They’ll handle anything you throw at them – big or small – with a comfortable swagger that will put a smile on your face. This is one speaker you’ll never have to apologise for. It looks just like every visitor’s idea of a loudspeaker and sounds like it too! 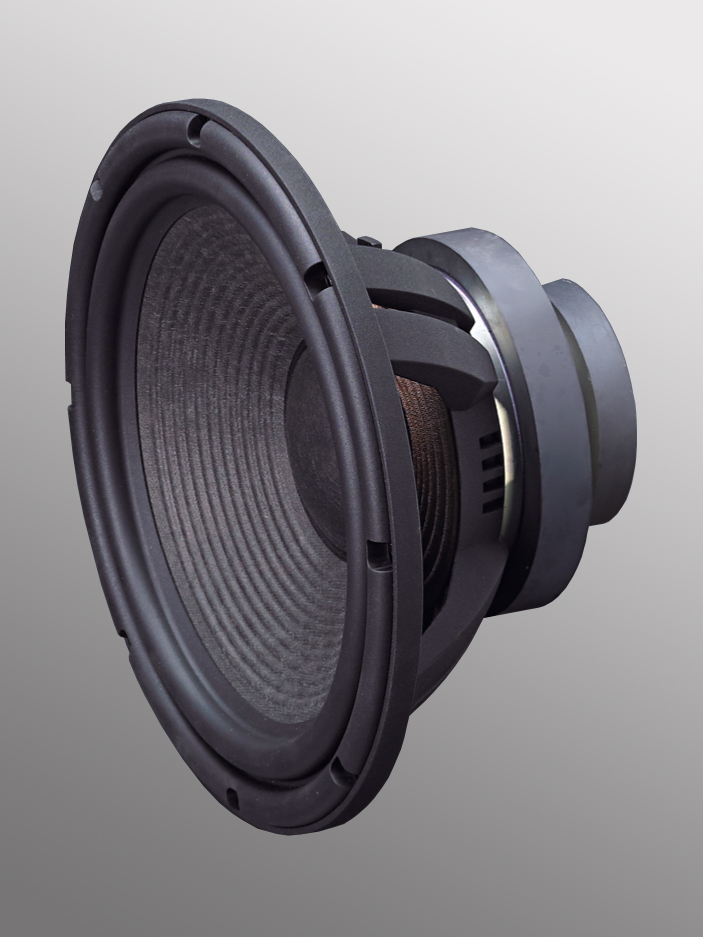